Searching for a Viparspectra Reflector 300W LED grow light review? By now, it’s safe to say LED grow lights have become the standard choice in the cannabis cultivation community. While HPS lights haven’t disappeared entirely, they can’t compete with LEDs in terms of price, energy efficiency, and ease of operation. Whether you’re a hemp hobbyist or a horticultural master, chances are you’ve run across dozens of LED grow light brands in the past few years. Indeed, with so many LED manufacturers entering the market, it can be tricky for newcomers to pick the perfect brand for their needs.

While tons of LED brands are now available, Viparspectra has gained a lot of attention on the world’s top eCommerce sites. If you’ve searched for LED grow lights on Amazon or eBay, chances are you’ve run across this Chinese company’s many products.

One of Viparspectra’s most popular light models remains the 300W LED Reflector Series. According to fans, this light offers exceptional light penetration for a bargain price…but is that too good to be true? Is Viparspectra’s 300W LED the right choice for your gardening goals?

Wait A Second, Who Is Viparspectra?

Before we proceed with the Viparspectra Reflector 300W LED Grow Light review, you may be wondering who the heck “Viparspectra” is. Fair enough; this company still isn’t a household name outside of horticultural groups. Plus, if you’re spending your money on a professional grow light, you should ensure it’s coming from a reputable source.

According to its official website, Viparspectra is a Chinese brand that began operations in 2011. Currently, Shenzhen Bailuo Technology Company owns the Viparspectra label and manufactures its LED grow lights in a 20,000 m2 Guangdong facility.

Unlike many Chinese manufacturers, Viparspectra sells its LEDs directly to consumers. The company has been particularly aggressive in marketing its LEDs on popular eCommerce sites. In fact, Viparspectra claims to have some of the top-selling LED grow lights on massive sites like eBay and Amazon.

Although Viparspectra is in China, it has many secondary facilities in the USA, Australia, and the UK. Most of Viparspectra’s LEDs also have UL and CE certifications.

So, while Viparspectra may not be a Fortune 500 company, it has been gaining a reputation in the horticulture space. When you buy from Viparspectra, you can feel pretty good about its reputation.

Now that you know about the Viparspectra brand, let’s take a closer look at the company’s hot Reflector Series 300W LED. With a size of 12.6″ x 7.9″ x 3″ and a weight of 5.6 lbs, the 300W LED is easy to hang, carry, and adjust in your grow space. In fact, this light’s relatively small size makes it ideal for closet grows. Most people who use one Viparspectra 300W LED claim they could comfortably grow one or two cannabis plants in a 2’ x 2’ tent. 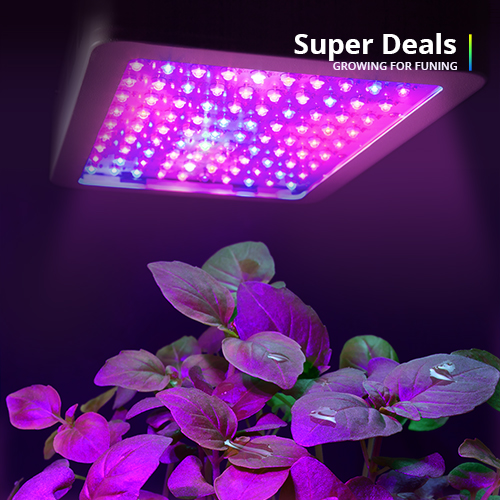 Each Viparspectra 300W LED comes equipped with 60 LEDs, each of which gives off 5W of power. Viparspectra also claims their 300W LED model has a full spectrum of light frequencies, including UV and IR. All of these LEDs are either Epiled or BridgeLux.

However, unlike other Viparspectra LEDs, you can’t toggle between vegetative and flowering when using this light. This makes the Viparspectra 300W LED easy to use for beginners, but it could be a con if you enjoy customizing your grow space. Also, many reviewers claim the Viparaspectra’s LED spectrum truly “shines” during vegetation rather than the flowering stage.

So, What Does “Reflector Series” Refer To?

As we’ve mentioned above, this 300W LED light is a part of Viparspectra’s “Reflector Series.” LEDs in this product line have fire-resistant reflectors that help concentrate light 90° downward. By directing your light into the center of your grow space, your plants should have an easier time photosynthesizing.

Just How Powerful Is The Viparspectra LED 300W?

Considering the Viparspectra LED 300W’s small size and low price, it has a respectable light penetration and power output. Specifically, this light has a max PAR of 300 µmol/m2/s at 24’’ and 483 µmol/m2/s at 18’’. While these numbers may not be “off-the-charts” compared with premier grow lights, they are decent for a tiny cannabis indoor grow.

FYI: the Viparspectra’s LED pulls about ~136W while giving off 300W, making it an extremely energy-efficient option.

How Does The Viparspectra 300W LED Keep Cool?

To help control temperature, Viparspectra installed a 4.72’’ fan and an aluminum cooling sink into each of its 300W LED grow lights. There haven’t been any negative reports related to this fan’s noisiness, so it shouldn’t be a massive problem if discretion is a concern.

However, it’s worth mentioning that some reviewers have raised safety concerns over the Viparspectra’s cooling mechanism. According to these critics, the air vent could leak out potentially harmful compounds from the LEDs—most notably gallium aluminum arsenide. There’s no official word on whether these rumors are true, but you should keep them in mind before making a purchase.

One fascinating feature associated with the Viparspectra 300W LED is the inclusion of a convenient daisy chain system. With the unit’s included power cord, you could easily attach multiple 300W LEDs and hang them in your grow tent. This daisy chain system makes it simple for growers to expand their operations as they gain more experience. Some experienced growers even claim this daisy system works out cheaper than buying one larger unit.

Does Viparspectra 300W LED Come With A Warranty?

All Viparspectra grow lights come with a three-year warranty and a 30-day replacement guarantee. If you have any problems with your Viparspectra 300W LED, you should call the company directly or send them a message via email. It’s not hard to find Viparspectra’s contact info on their main website. Also, since Viparspectra has many secondary warehouses in Western countries, you should expect a prompt response.

Who Is Viparspectra 300W Reflector Series LED For?

It’s not hard to see why Viparspectra’s LEDs have been dominating websites like Amazon in recent years. This company’s lights may not be “premier grade,” but they are professionally manufactured, easy to use, and are ridiculously affordable. Any new growers on a budget should feel happy hanging a Viparspectra LED in their grow space.

Turning to the Reflector Series 300W LED specifically, this light is best-suited for at-home growers who have a limited space to work with. While this light comes equipped with reflectors, it’s only suitable for grow tents of around 2’ x 2’. However, thanks to this light’s dolly chain, it’s possible to expand your operations as you gain more skills or space. Whether you’re a beginner or intermediate grower, it’s hard to find many faults with the Viparspectra Reflector Series 300W LED.