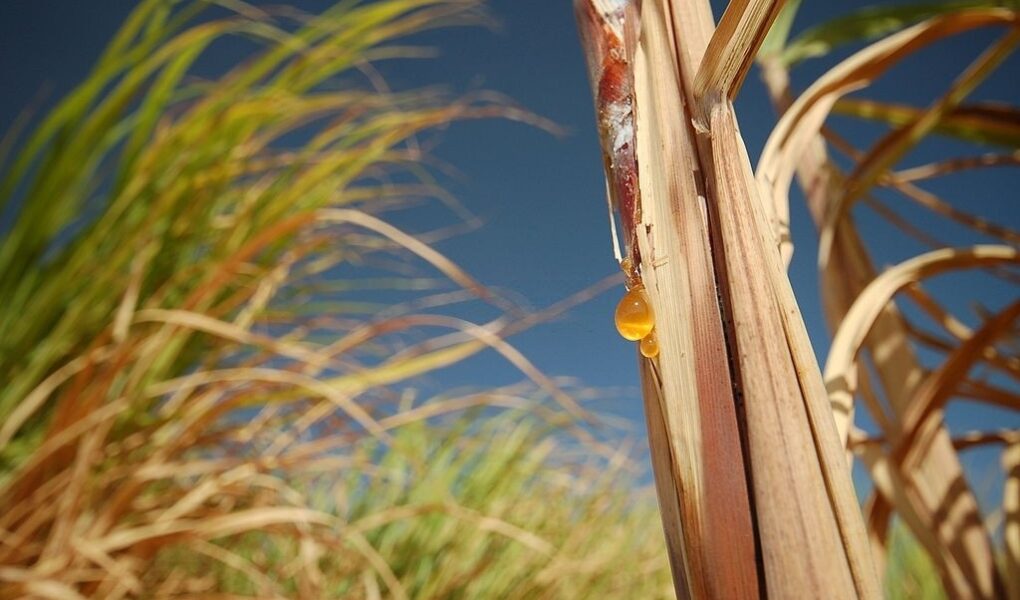 Slow down! Slow down! What is live resin? Maybe you have heard of resin, maybe not. Resin is best recognized as the sticky residue the cannabis plants leaves and buds leave behind.

Live Resin is a specific kind of resin and this is important. Live resin is made from leftover cannabis plant matter that has not been dried or cured, but rather frozen immediately after harvest, preserving many of the plant’s best qualities.

Live Resin is often named after it’s form or viscosity. Some nicknames for types of live resin include: shatter, syrup, sap, sugar, sauce and jelly.

Live Resin is more of a high-end product, quickly becoming one of the most popular concentrates on the exciting, freshly legal cannabis market.

First, you should understand what concentrates are. Concentrates are made from the leftover material of the cannabis plant once it has been processed. The materials are put through the extraction process, making them contain a much higher “concentration” of tetrahydrocannabinol, or THC, the psychoactive ingredient in cannabis.

Thus, the label “concentrates”. Different kinds of concentrates include hash, kief, and wax, among even more specific kinds within kinds. Because of the THC content, concentrates are often more effective for medical patients.

On the Pro Tip! Do not confuse live “resin” with live “rosen”. Rosen is even more niche than resin. The highly specialized process of extracting rosen requires industrial-grade equipment that you definitely don’t have in your toolshed.

Rosen is extracted without using a solvent like Butane. It is made by pressing bubble hash derived from freshly frozen plant matter. It contains insanely high amounts of cannabinoids and terpenes. Terpenes will be explained a little later in the article.

Live Resin is a fairly new invention. One day somewhere around 2013, a man named William “Kind Bill” Fenger, an active cannabis cultivator since 1980, was sitting around and thinking to himself, “What would happen if I extract oil from new, freshly harvested plants instead of old, dried out buds?”

He teamed up with Emotek labs to give it a whirl using the Original Diesel, straight outta Florida, Original Diesel is a strain alternatively known as “Underdawg” or “Daywrecker”. Despite a few tries that produced a couple of bad early batches, the brilliant minds at work refused to give up and finally figured it out. The rest is recent history.

What’s The Difference Between Live Resin and Other Concentrates?

Live Resin is different from other concentrates in some notable ways.

For one, other concentrates are not as pure. After being dried and cured, the plants lose the true essence of the plants. Live resin retains these qualities, delivering a fuller flavor.

This is because the drying and curing process exposes the plants to decarboxylation, which activates the THC compounds. But the plant’s trichomes, which contribute the flavor and aroma, are also exposed – to heat, oxygen and light, degrading them.

A University Of Minnesota study in 1995 showed that just a week of drying out cannabis can sacrifice up to 31% of the active terpenes. Most of them evaporate in the first week.

Additionally, a Russo study in 2011 suggests that the entourage effect is significant and retaining the trichomes and terpenes enhances the overall experience of the cannabis plant’s total effects.

How To Recognize Live Resin

You can recognize live resin through it’s texture, smell, color and consistency. One reason it is called “live resin” is because it retains fresh terpenes and trichomes and therefore smells exactly like the living flower. This term was coined by the original master ‘Kind Bill’.

How To Recognize Live Resin

Live Resin usually has a dark yellow hue. It can feel anywhere from soft and chewy like taffy to extremely wet.That is why the names range from syrup to sap to sauce to jelly.

In any case, like other concentrates, it is very sticky. You will need a tool to handle it.

You have heard a lot about terpenes in this article. What are terpenes? They are the reason that live resin contains such strong flavors and aromas. Here is an explanation of terpenes.

Terpenes, scientifically, are unsaturated and quite volatile hydrocarbons that exist within the essential oils of plants, particularly the cannabis plant. There are two kinds of terpenes, each with distinct styles of scent. Monoterpenes, which are more floral and fruity, and sesquiterpenes, which are not bigfoot terpenes found in the mountains. They are, however, the more forest-y, earthy brand. Terpenes are secreted from the resin glands of cannabis flowers.

Terpenes, being volatile compounds, wither in things like heat and oxidation. Therefore, dried and cured cannabis that most other concentrates are extracted from essentially lacks the true essence of the plant. This can even affect its pharmacological effects, as explored by the Russo study.

Terpenes have a lower boiling point than cannabinoids, so flash freezing the freshly harvested plant helps preserve the compounds and their more complex properties.

The first part of the process is preparation, always with preservation at the forefront of the mind.

To ensure complexity, remove the low cannabinoid parts of the plant – the stems, the fan leaves and the roots. Then use all of the rest.

Flash freezing is pretty simple. Immediately after harvest, store the plant in freezing temperatures for 24-36 hours, in an airtight container, preferably at about -10 degrees fahrenheit. Once frozen, you can remove the bud from the freezer and start the extraction. The sooner after pulling it out the better!

What is extraction? Extraction basically, chemically, refers to the process of moving compounds. It is a method of separating a desired substance from a liquid or solid. This is done by introducing a solvent to remove a soluble substance from an insoluble one.

In the case of cannabis, the process uses a VOC, or volatile organic compound, like hydrocarbons, to separate targeted compounds such as terpenes. Common solvents for cannabis extraction are butane, hexane or propane.

BHO stands for Butane Hash Oil. This is a concentrate extraction method that involves using butane as a solvent. This method can be very dangerous and is best handled by a lab using specialized equipment.

Liquid butane is poured into a container full of plant matter, tightly packed. This separates the cannabinoids and trichomes from the plant, forming the concentrate.

Then the substance is heated to burn off the solvent. This is where the process can turn perilous. Butane is highly flammable.

After that step, the mixture is left to settle or in some cases whipped like butter.

Is It “Resinating” With You?

Live Resin is produced by a similar process. In fact, the only difference is the plant matter used. It has been frozen rather than dried or cured. But butane is poured over it and then burned off, the same as BHO.

Frozen flowers contain more moisture than dried plants. This produces complications with hydrocarbon extractions. Thus, extremely cold environments are required to minimize these interferences throughout the extraction process. Even the solvent should be chilled for best results.

Commercial producers generally use what is known as a closed-loop hydrocarbon extractor system. This ‘washes’ the trichomes into a soluble solution, which is then transferred to the collection component, where it needs to be heated to evaporate the solvent. The system includes a gas compressor and condensing tank.

Then the solution is put in a vacuum oven and warmed up in order to boil off any lingering solvent without losing the terpene profile.

Now you’re all whipped up! You’ve produced an HTFSE, or High Terpene Full Spectrum Extract, the cream of any connoisseur’s cannabis collection.

Consumption! How does one consume live resin? There are common and not so common ways. There are tools involved.

You might have heard of “dabbing”. This is the most common way. For dabbing, rather than light the weed with a flame, you heat it up. The most widely used device is called a ‘dab rig” and kind of resembles a microscope. An appropriate temperature for an optimal experience is 300-400 degrees farhenheit.

Another popular and common method is vaping. Vaping is especially conducive to concentrates because they heat the substance into a vapor.

One reason connoisseurs love dabbing and vaping is that it allows them to experience the full flavor of the trichomes and terpenes.

Another method is a mash-up of dabbing and vaping. It’s called a Dab Pen. Using a scoop, you can load the resin straight into the pen’s “oven”, bypassing vape cartridges.

And of course, the old school top off, layering your joint with a little sprinkle of resin before rolling it up and toking it down. Or, depending on the consistency of the concentrate, a little spreading around. Like honey. Mmmm…

How To Store Live Resin

If you store it right. Store your live resin in an airtight container, at a cool temperature. If you can, stick it in the fridge. The longer you expose the resin to dry atmospheres, the quicker your resin’s terpene profiles will decrease, effectively making the point of live resin moo. Like a cow’s opinion.

Cows graze grass, humans make concentrates out of it. It’s just the way of the world. Now go enjoy the fruits, or rather flavors, of our hard work! 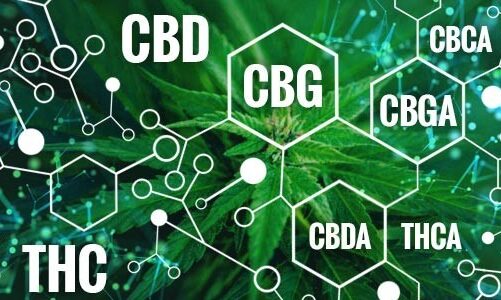 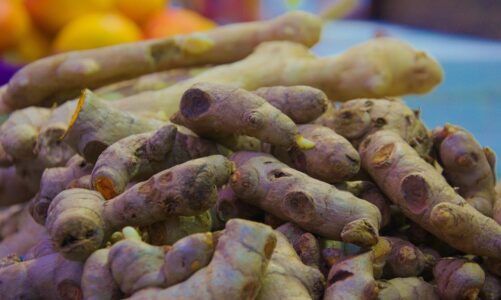