Forbidden Fruit is an indica-dominant strain bound to intoxicate the senses through a relaxing and euphoric high. It is accompanied by a fruity and mysterious flavor consisting of notes of deep, earthy nuttiness and citrus-like tanginess. This strain is commonly used for muscular problems and could prove especially helpful for conditions like MS. 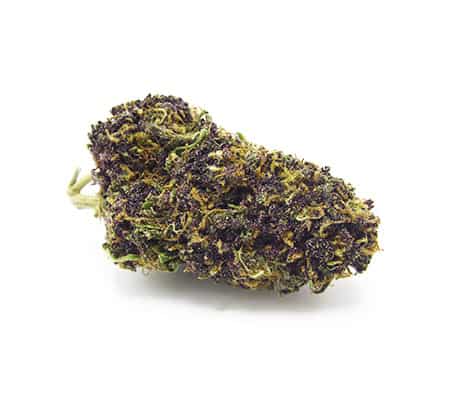 THIS STRAIN CAN BE GROWN BOTH INDOORS AND OUTDOORS. ITS AVERAGE FLOWERING TIME IS APPROXIMATELY 10 WEEKS.

Not widely known in the world of cannabis, Forbidden Fruit – sometimes referred to as Le Fruit Defendu – is arguably one of the world’s best kept (and most flavorful) secrets. Its name accurately represents some of its attributes, tasting as juicy as is expected with its heavily fruity notes that fully intoxicate the senses.

The effects of Forbidden Fruit weed are equally as intoxicating, sending the body into a deep, trance-like state while settling the mind at ease. Forbidden Fruit has something to offer for anyone willing to affiliate themselves with the strain. In the end, you might even have trouble letting it go.

What Is the Forbidden Fruit Strain?

Forbidden Fruit is classified as an indica-dominant hybrid offering substantial THC. Bred by the Amsterdam Marijuana Seeds company, Le Fruit Defendu is a cross of Cherry Pie and Tangie. It is a favorite amongst MMJ patients, with its delectable flavor profile, delightful aroma, beautiful physical appearance, and pleasant mind/body effects.

Forbidden Fruit offers a relaxing and euphoric high, causing even the tensest and most uptight individuals to feel at ease. The high creeps up quickly, and before you know it, you might begin to experience the heady and blissful effects of this cannabis.

Many Forbidden Fruit users claim this strain helps melt away their worries and concerns, allowing them to smile, giggle and be present in the moment. The future seems far away and becomes less of a concern, as the past also becomes a blur, placing the consumer into a meditative state.

The mental and body bliss soon blends into a potent and intoxicating high, with a buzz that begins strong and slowly decreases into a sleepy sensation while keeping the mood uplifted.

Since Forbidden Fruit can result in couch-lock, it is a strain best consumed during the later hours of the evening or night, or even on a day off.

Once you open the bag or jar, the immediate scent of Forbidden Fruit is pleasantly overwhelming, filling up the space with floral and fruity drifts. The scent lures you in, encouraging you to give it a taste.

It is, of course, fruity, but the profile offers something additional and distinctive. Beneath the fruit flavor are floral and earth hints, followed by moments of lemony citrus that blend with something almost nutty or chestnut-like in flavor.

Forbidden Fruit’s buds are bright and delicate, with various colors and shades, ranging from purple to orange to blue and pink. The buds are dense and thick with a hefty layer of frosty, crystalline coating that expresses the potency of the high. 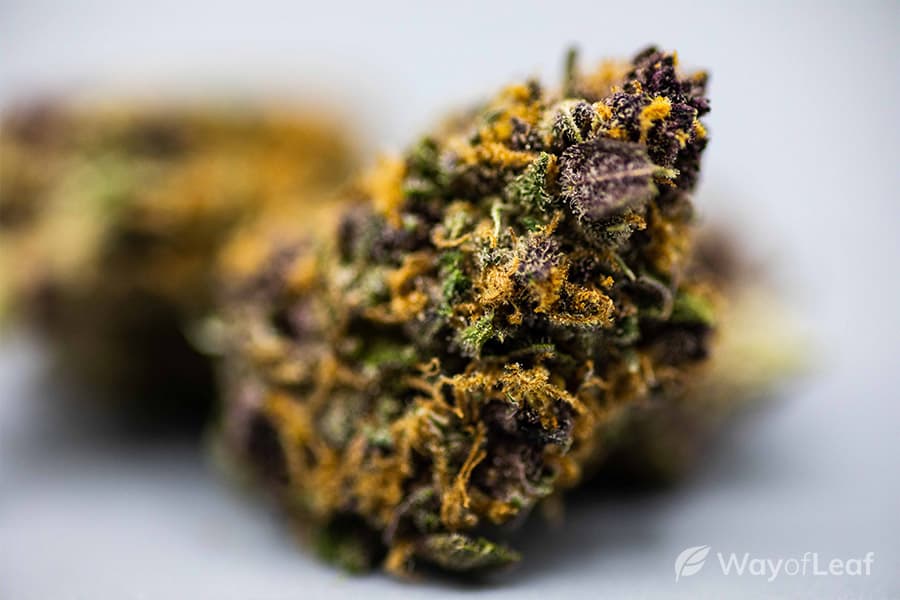 Some brassy orange pistils are mixed throughout the sugar leaves themselves. This cannabis is somewhat reminiscent of the famous Fruity Pebbles strain, mostly because of its bright colors and lively impression.

Le Fruit Defendu is relatively simple to grow but is best cultivated in areas where you can control light. It does not have many issues with diseases, pests, mold, or mildew, so the crop is relatively low maintenance.

Its flowering period is around ten weeks, slightly longer than average for an indica-dominant hybrid. Most of the seeds available for purchase are auto-flowering.

For those searching for a tasty, simple to grow crop, Forbidden Fruit is a brilliant option.

Indoors, a space with adequate ventilation and air circulation is vital. This strain also grows best at room temperature with moderate humidity.

Outdoors, Forbidden Fruit grows well in a moderate climate but can also thrive in drier regions with plenty of sun, such as Napa Valley. The average yield is around 15 ounces per meter squared indoors and about 15 ounces per plant outdoors.

There’s no question that Forbidden Fruit is not for novices or anyone with a low THC tolerance. Its THC content ranges from 23% to 27%, with an average of 25%. It provides a powerful level of intoxication that will cause most users to sink into the couch or lie contentedly on the bed.

Like most high-THC strains, Forbidden Fruit’s CBD content is low. In general, it contains significantly less than 1%.

Forbidden Fruit is the epitome of a medicinal marijuana strain. MMJ patients use it for a variety of conditions, including: 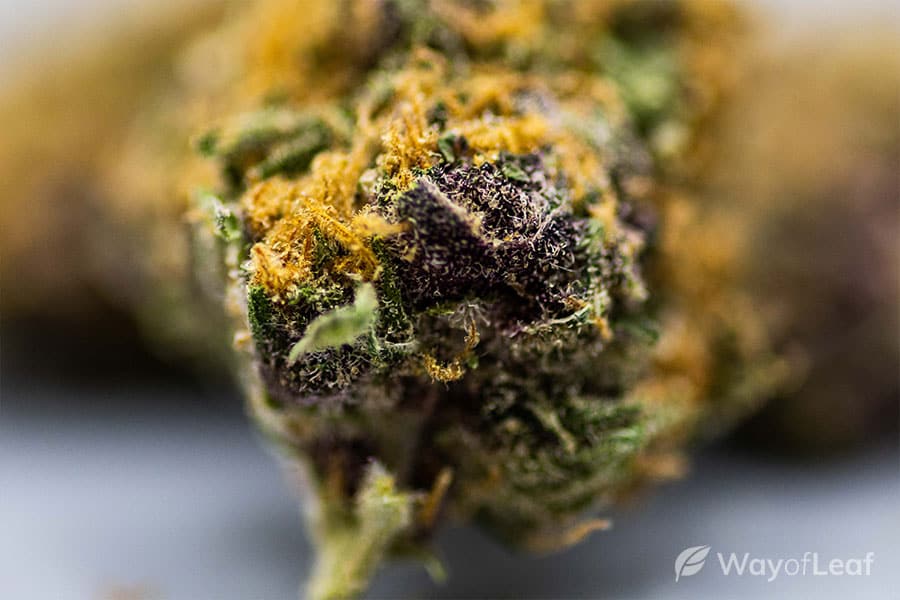 Possible Side Effects of the Forbidden Fruit Strain

Dry mouth (cottonmouth) and dry eyes are typical with most marijuana strains, and these adverse effects could occur when using Forbidden Fruit.

You can deal with dry mouth by drinking plenty of fluids and staying hydrated. You can also manage dry eyes with a little extra preparation and planning. For example, you can buy moisturizing eye drops from a local drug store to help lessen any redness or irritation.

THC-induced anxiety or paranoia can happen in rare circumstances. Such issues are more frequent in individuals predisposed to anxiety or paranoia. If you fall into this category, it is probably best to avoid THC and consider trying CBD oil instead.

Forbidden Fruit is an option for anyone seeking an alternative to pharmaceuticals. MMJ patients with insomnia, depression, lack of appetite, chronic pain, muscle spasms, and other conditions may find this strain useful. However, it is a potent strain, so individuals with a low THC tolerance should consider CBD oil or strains high in the non-intoxicating cannabinoid.

It is relatively easy to cultivate Forbidden Fruit as it thrives at room temperature with moderate humidity. However, make sure it gets plenty of light whether you grow it indoors or outdoors. This strain also provides a worthwhile yield and is a reasonable option for a first-time grower. 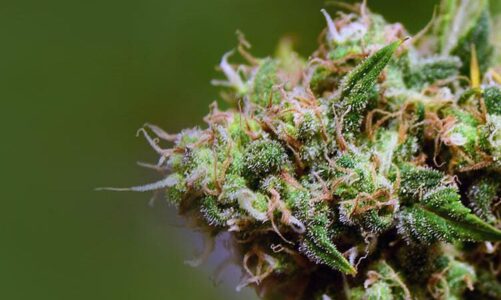 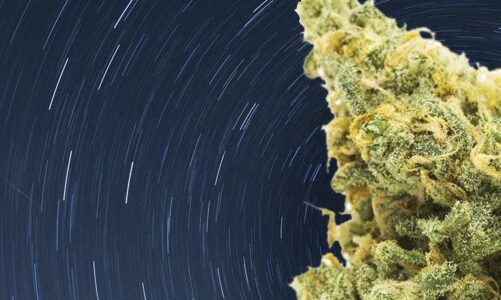