Fire OG is widely regarded as the most potent strain of the OG Kush family. It gets its name from its vibrant colors and fiery appearance. Due to its potent effects, it is unsuitable for novice cannabis consumers. 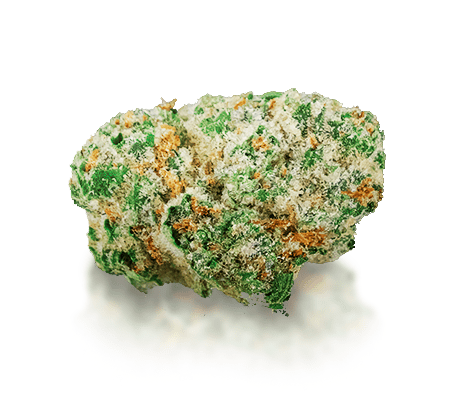 DIFFICULT TO GROW AND SUSCEPTIBLE TO MOLD. NOT SUITABLE FOR NOVICE GROWERS.

If you’re searching for the quintessential evening-time marijuana strain, then Fire OG may be the one for you. This hybrid is believed to have been bred in southern California during the 1990s.

Due to its relatively high THC content, Fire OG is more suited to seasoned cannabis connoisseurs. Furthermore, this strain does have some side effects (discussed below), so even advanced cannabis consumers will need to proceed with caution.

With Fire OG weed, you’ll get your money’s worth as the high typically lasts up to three hours. And with generous THC content, a little certainly goes a long way, leaving both you and your wallet happy.

What Is the Fire OG Strain?

The Fire OG strain is believed to have been bred originally in the San Fernando Valley sometime during the 1990s. However, its exact origins are not 100% confirmed.

This potent marijuana strain is not for novices or those with a low tolerance for potent strains. Be warned – Fire OG packs a legitimately hard punch. Classified genetically as an indica-dominant hybrid strain, Fire OG has a 70:30 indica to sativa ratio.

Fire OG’s initial effects are cerebral, euphoric, and uplifting. In contrast, Fire OG’s later effects are more sedative in nature. They are often accompanied by couch-lock and complete body/mind relaxation.

Fire OG will leave you in a pleasant and stress-free state. However, if you don’t want to fall asleep in the middle of the day, we advise you not to consume Fire OG weed until the evening (right before bed is usually ideal).

Initially, it may feel as if this ganja isn’t bringing tiredness upon you. Still, after the first hour or so of the high, most report serene laziness and drowsiness that kicks in, inducing healthy, natural sleep and a peaceful night’s rest.

Reeking of fresh citrus fruits and an earthy wholeness, Fire OG is as relaxing for the senses as a day spent soaking up relentless amounts of LA sunshine. 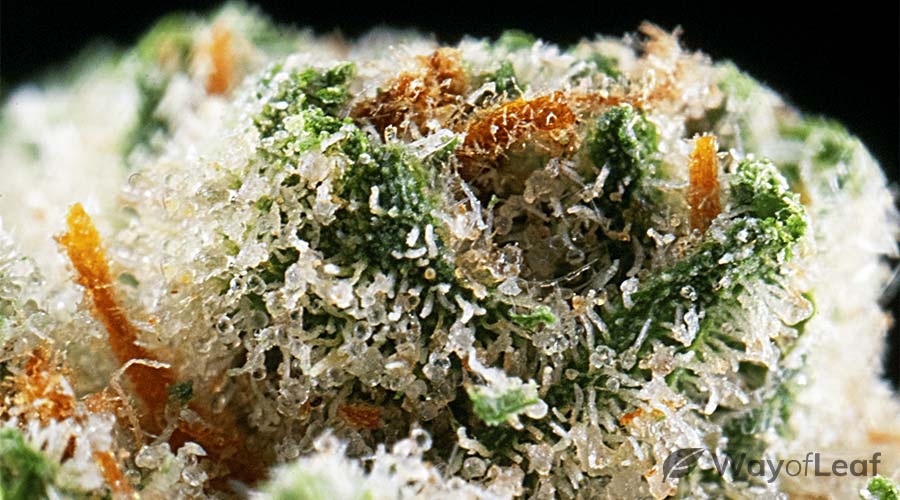 Fire OG’s flavor will send your taste buds wild as they get indulged with hints of spice and lemony citrus. This strain also has some intense, earthy flavors with hints of pine and herbs.

Featuring potent, densely-packed buds with blazingly bright red and orange streaks, Fire OG is reminiscent of a rampaging California wildfire. Its pistils are long and curly and consist of burnt, vibrant orange. They add a beautiful accent to the overall appearance of the weed’s nuggets.

Additionally, the buds look as if dipped in a fresh coat of snow, glistening and frosty. This heavy resinous coating of trichomes accentuates Fire OG’s more vibrant colors.

Fire OG is a particularly stubborn marijuana strain that demands patience and heavily controlled environments for proper growth. Also, this plant only produces moderate yields in return for all the extra effort, care, and attention.

If you’re starting on your weed-growing voyage, you may want to choose something other than Fire OG.

You can cultivate Fire OG weed indoors and outdoors, with indoor methods preferable due to the lower risk of mold. However, if you live in a warm, sunny, Mediterranean climate, this strain will also thrive outdoors. While Fire OG plants can tolerate slightly cooler temperatures, the optimal range is between 65-80 degrees Fahrenheit.

The flowering time for Fire OG weed is usually around 9-10 weeks, with outdoor harvest occurring around mid to late October.

In terms of its cannabinoid profile, Fire OG’s THC levels have quite a broad range. While some samples have shown a THC content as low as 16%, others have been recorded as high as 27%. However, these two figures represent the extreme ends of the scale. Most Fire OG strains will have a THC content of 18-24%.

The Fire OG strain is not renowned for having a high CBD content. The highest recorded CBD content in a Fire OG sample is believed to have been 0.2%.

Fire OG has been moving mountains in the medical marijuana community. Due to its potent effects, it may help ease the symptoms of a range of conditions, symptoms, and ailments. Fire OG may prove useful for chronic stress, depression, insomnia, or anxiety disorders. 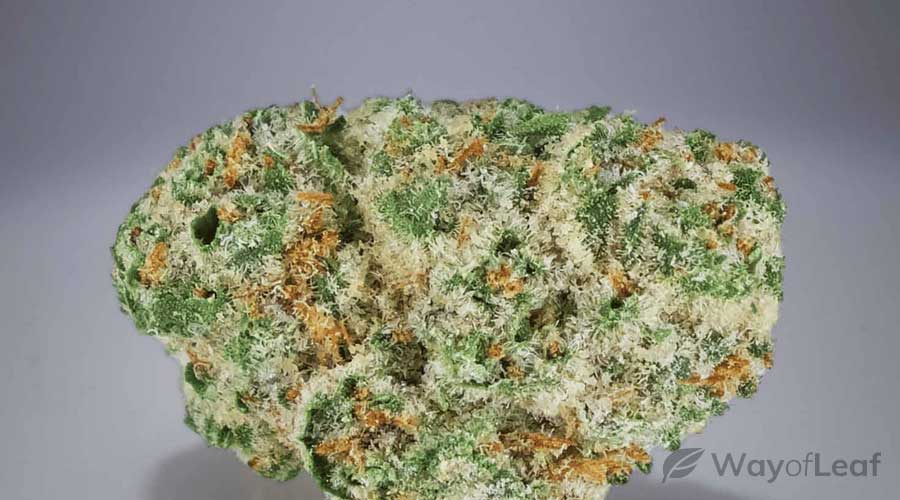 Its initial euphoric effects may offer temporary relief for medicinal consumers with depression. As this strain’s indica genetics induce deep relaxation, it may be useful for people with chronic stress and anxiety.

Fire OG consumers also say that it’s useful for alleviating more physical conditions like chronic pain, migraines, and joint pain. This strain also has soporific effects in its latter stages, which may be helpful for people with insomnia.

Medicinal consumers also say that this strain has antiemetic properties, which may make it useful for alleviating nausea.

Edibles, concentrates, live resin, candies, gummies, shatter, and hash all contain ultra-high THC doses. So, if you’re looking for something potent, search for varieties of these consumables made from the Fire OG strain.

Possible Side Effects of the Fire OG Strain

Fire OG marijuana is exceptionally hard-hitting, even for a seasoned cannabis consumer. Those new to cannabis should be warned that dizziness is common, leading to increased anxiety or paranoia. As already mentioned, Fire OG is not suitable for novice consumers. Even experienced marijuana users are advised to take only one hit at a time. That way, you can see how you tolerate this strain’s potent effects.

Fire OG consumers say that this strain can lead to THC-induced paranoia. If this happens, remember to breathe deeply – close your eyes and tell yourself that it will soon pass. This can help to calm down the mind and ease the nerves.

Fire OG’s more common side effects include cottonmouth (dry mouth) and dry, itchy eyes. These are manageable by using eye drops and drinking plenty of hydrating fluids before, during, and after consuming Fire OG.

Fire OG is widely considered the most powerful strain of the OG Kush family. Therefore, it is utterly unsuitable for novice cannabis consumers.

Seasoned cannabis lovers will also need to be careful not to overindulge in this strain. It is known to have some adverse side effects, such as heightened anxiety, paranoia, and dizziness.

The nature of Fire OG’s effects makes this strain suitable for evening time use only. Using it can lead to couchlock and cause you to become drowsy in the latter stages of the high.

Medicinal Fire OG consumers say it is useful for alleviating the symptoms of a whole host of conditions. Some of these include chronic pain, migraines, and nausea.

Prospective Fire OG growers should remember that this strain is particularly difficult to grow. As with novice consumers, Fire OG is also not suitable for inexperienced cannabis cultivators. 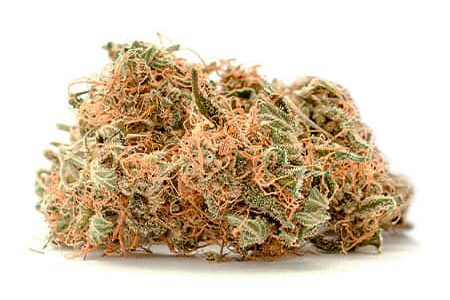 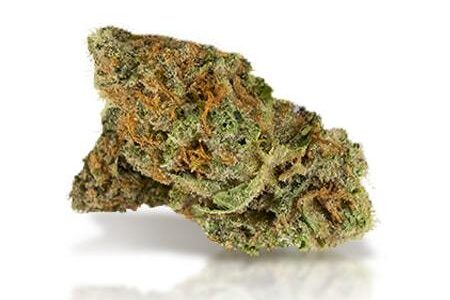