Being the cross of four very powerful landrace strains, it’s no surprise that the AK-47 got its name; as it really packs quite a potent punch. This strain not only has a high THC level, but also a good amount of CBD as well, so it’s great for treating physical pains. Contrary to its name though, the AK-47 tastes sweet, delicate, and flowery – the complete opposite of a Russian assault rifle. 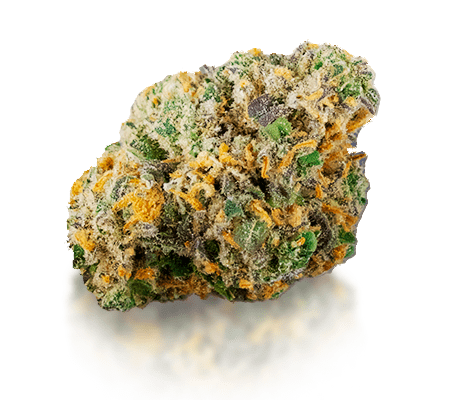 A four-layered landrace genetic miracle, AK-47 weed is as powerful as a gunshot in potency — but not in how it makes you feel. Setting off the body and promoting it to heal itself and provide massive relief from a range of ailments, this beloved strain is “high” on medicinal benefits, and low on negative side effects.

Developed in the Netherlands by Serious Seeds in 1992, AK-47 cannabis has become the poster-child for all the incredible weed that was pumped out during the ‘90s.

Globally, AK-47 has made waves and won multiple awards (16 to be exact, including the High Times Cannabis Cup) due to its intense THC content and out-of-this-world flavor profile. The strain is a go-to cannabis type and has become a staple in the medicine cabinets of both medical marijuana patients and stoners alike.

Not surprisingly, then, you’ll learn that AK-47 is one of the highest-rated strains in the world – if you desire a kick-ass, joy-bringing hybrid, you’ll definitely want to give this one a try. For sure.

Categorized as a sativa dominant hybrid, AK-47 weed humbly boasts a wide range of effects and body/mind benefits. This cannabis is combination of the genetic breeding of four popular and powerful landrace marijuana strains: Colombian, Mexican, Afghani and Thai.

Although mostly sativa, AK-47 does have some indica thrown in for good measure (most samples across the U.S. check in with about a 65% sativa/35% indica profile). The high-bringing properties of this cannabis are where it really shines, though, as it typically produces flowers with around 20% THC content (at least when examined during verified lab tests).

CBD levels are on the lower side though (usually only around 1.5%), so if you’re the kind of person that tends to be affected by high-THC strains, you may want to avoid this one and find something with a more even THC-to-CBD ratio.

AK-47 is an intensely aromatic strain, with a smell that is not only distinct in terms of the ‘general cannabis stench,’ but also distinct in its own unique, “gunpowdery” way.

The initial scent that hits the nose is actually a bit sour, followed shortly after thereafter with hints of floral and earthy aromas.

AK-47’s flavor profile is strong and hits the taste buds with full force, but it is also pleasant and delicious – offering an array of sweet, dessert-like sensations.

Appearance-wise, AK-47 is a vivid lime green color, blended with bright red-orange pistils; tiny hairs that curl and twist in between the sugar leaves. The buds can often also appear silvery-white in color, partially because of their immense THC content which coats the smokeable leaves in glistening crystals (also referred to as trichomes).

The entire AK-47 plant is usually quite tall in height, as well as wide in width, featuring prominent and grand calyxes of extremely smokable, pungent bud. All in all, both the flavor profile and the physical stature of this beauty are something to behold.

Most would agree that AK-47 weed is reasonably easy to grow, particularly for those with commercial cultivation experience. Those who are complete beginners can attempt to plant this seed, but the process is not without its challenges as AK-47 is fairly prone to mold and mildew (hence the reason why most professionals recommend cultivating it indoors where the conditions can be easily monitored). 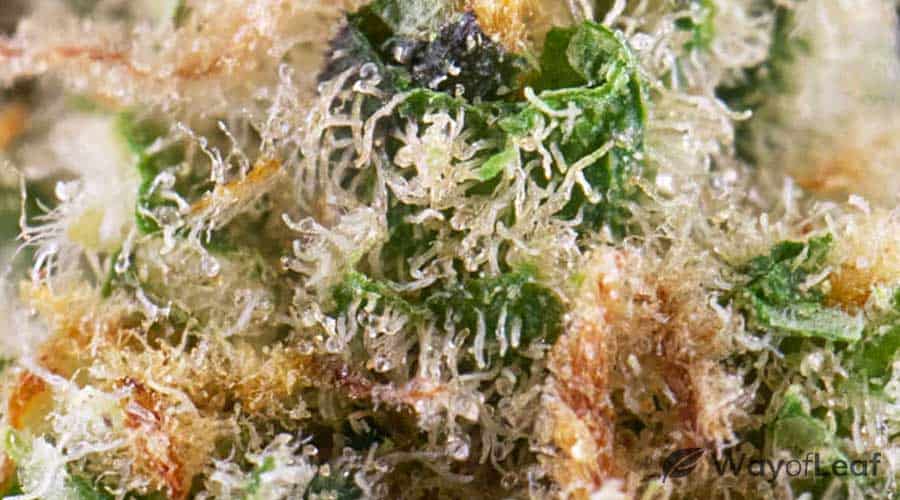 Proper ventilation and humidity/temperature control are vital when trying to grow AK-47 marijuana.

If you are considering growing AK-47 marijuana outdoors, be advised that the plants can typically only thrive and flourish in a sunny and warm climate where humidity levels are on the drier side. Also, keeping this marijuana strain far away from any disapproving neighbors is vital, as the smell that radiates is stinky and pungent.

The flowering period of AK-47 is generally pretty short, typically only taking about 7-9 weeks. For outdoor grows, harvest time is the end of October, and yields can prove to be exquisite if the crops are raised healthy.

Indoor yields typically range at around 14 ounces per square meter, while outdoor yields are 14 ounces per plant. Overall, AK-47 can be a rewarding and beautiful addition to anyone’s marijuana garden, as it’ll provide you with some brilliant, super-potent nuggets.

The effects of AK-47 weed can best be described as uplifting, offering a resolution to stress and anxiety that rarely prove to be overwhelming for the body or mind. The strain often helps creative types focus and delve deeper into their art, in addition to providing a safe space to completely let go and allow the inspiration to captivate.

Others have described the AK-47 marijuana high as light and giggly, inducing laughter and smiles even on the most soul-sucking of days.

And of course, AK-47 cannabis pairs eloquently with some groovy tunes after a long day of work, when it’s time to finally relax and unwind.

The buzz from AK-47’s high lasts quite long (at around 3-4 hours), at least in comparison to other hybrid marijuana strains. Also it is a strain that’s capable of deeply relaxing both the body and mind in ways that most sativa-dominant strains cannot.

Furthermore, it tends to put its consumers into a mellow trance, where they are able to experience motivation to accomplish their goals for the day. Unlike other high-THC sativas, it tends to galvanize one into productivity, rather than over-working the mind to the point of unnecessary paranoia.

The medical benefits of AK-47 weed are typically very positive, as this is a marijuana strain that has offered much relief to individuals suffering from a multitude of conditions and ailments.

Those with psychological difficulties – such as patients suffering from mood disorders, depression, anxiety, stress, and insomnia –  for instance, will discover that this hard-hitting strain can usually provide therapeutic benefits.

However, these individuals should use caution when consuming any high-THC weed, as mood disorders can increase the likelihood of cannabis-induced paranoia, anxiety, and stress. This is best avoided by setting boundaries and sticking to those limits (it is always wise to start out small and build up as necessary). 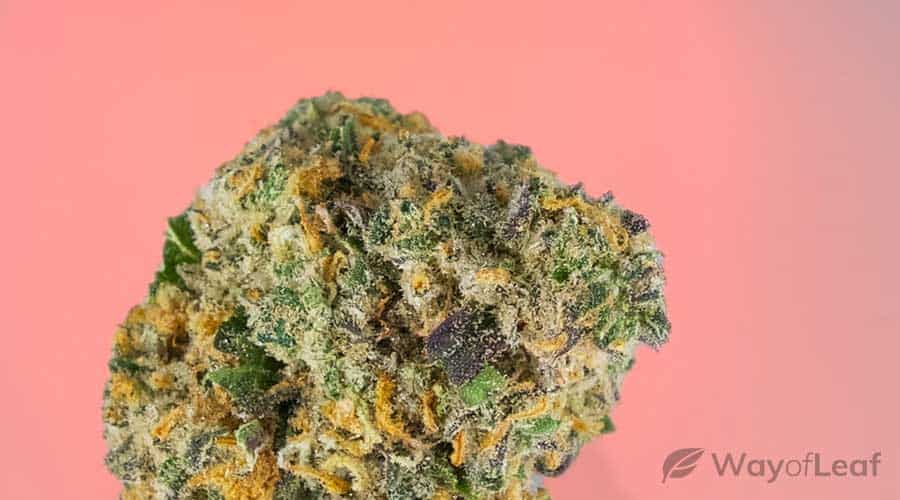 Physical pains and ailments can also be relieved by AK-47, including chronic pain, nausea, fatigue, lack of appetite, and headaches. And for those with serious medical conditions, AK-47 may be able to help diminish the pains and nausea from chemotherapy and other treatments. Overall, the AK-47 marijuana strain is capable of benefiting folks that suffer from a wide range of medicinal challenges.

Fortunately for those that love AK-47 or are highly motivated to try it, this hefty marijuana strain offers few negative side effects – aside from those that are typically expected when consuming pot.

The most frequently experienced adverse effects, for instance, are cottonmouth (dry mouth) and dry eyes – both of which can be easily managed with a little extra preparation and planning. Cottonmouth can be subdued by drinking plenty of hydrating fluids before, during, and after the high, while moisturizing eye drops from a local drug store can keep itchy eyes at bay.

Best of all, the worst of the possible negative effects of weed (like THC-induced anxiety) are not typically experienced with AK-47. As such, those who consume this strain will probably not need to worry about becoming paranoid, dizzy, or anxious (though don’t take that as a guarantee!).

If you are an individual dealing with depression, anxiety, stress, chronic pain, insomnia, or nausea, and have been searching for an alternative method of relief, a high-quality AK-47 strain might be the right flower to try. It’s typically available in most any top-shelf dispensary and is relatively easy to find whether on the west or east coast.

We hope that you have enjoyed reading this AK-47 strain review and that you’ve found it to not only be entertaining but also educational and informative. Always remember that the consumption of weed is the sole responsibility of the consumer, and discretion should be always taken. 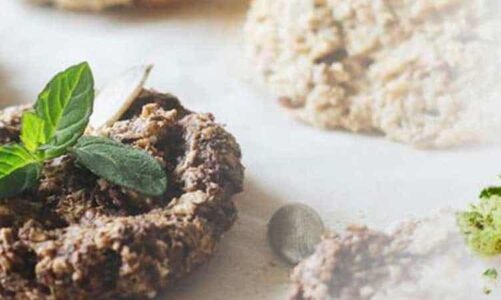 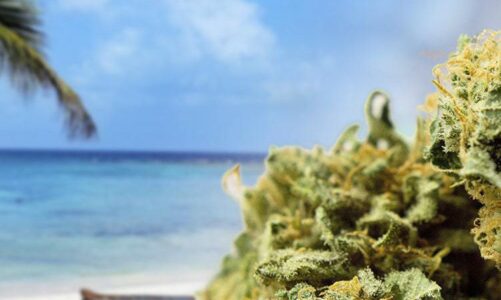 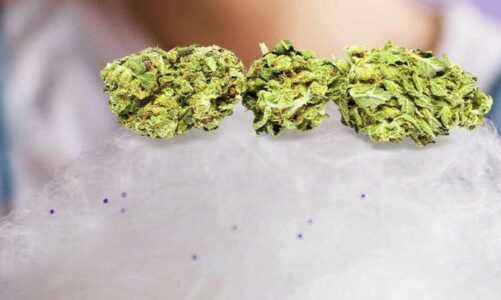